We are a strong voice for LGBTQ domestic violence victims and survivors, working to end domestic, family and intimate partner violence and abuse within LGBTQ communities.

The LGBTQ Domestic Violence Awareness Foundation is a charity comprised of a collective of passionate volunteers, desperate to shine a light on an epidemic that’s been plaguing LGBTQ communities for far too long.

Although limited, research has indicated that over 60% of LGBTQ people have experienced domestic, family and intimate partner violence. This needs to change! On top of that, there is a fundamental lack of awareness, representation and understanding that this abuse is so prevalent. Because of this, LGBTQ people feel unseen and often have limited resources to draw from to get help.

It is the ambition of LGBTQ Domestic Violence Awareness Foundation to confront these issues and to advocate for necessary changes in both the visibility of LGBTQ people’s experiences and the quality of response they receive when reaching out for help. We aim to create change and bring greater awareness to the issues to ensure that all people no matter their sexuality or gender identity can feel seen and believed and receive safe and inclusive support.

To ensure that every victim’s voice was heard, in 2020 with the assistance of DVConnect and the Queensland Council for LGBTI Health, Ben Bjarnesen established the inaugural LGBTQ Domestic Violence Awareness Day to raise awareness of Domestic and Family Violence in LGBTQ communities in Queensland, Australia. The campaign quickly gained support both within Australia and overseas with many high-profile figures showing their support for the day including Former Governor-General of Australia, The Honourable Dame Quentin Bryce AD CVO and the Prime Minister of Australia, The Honourable Scott Morrison MP. 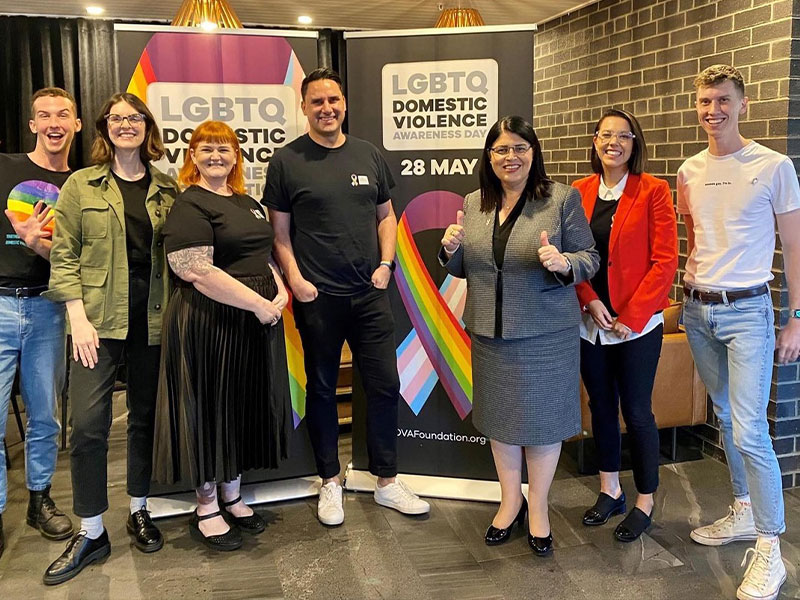 After the success of the 2020 campaign, Ben went on to establish the LGBTQ Domestic Violence Awareness Foundation in 2021.

“Thank you for getting the word out there about domestic violence in gay relationships. I was in an abusive relationship many years ago but I didn’t realise it was that until I heard you speak and reflected on that relationship. Thank you for opening my eyes to this issue and no doubt you are doing the same for many others. It makes me shudder sometimes when I now think that I just suffered through the relationship not knowing what was happening at the time.”

Thanks must go to our board members for their incredible support and for volunteering their time to make LGBTQ communities safer for everyone. 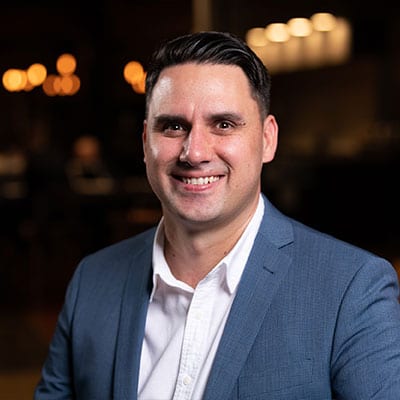 Ben Bjarnesen is a passionate educator, campaigner and speaker who believes that all people, no matter what their sexuality or gender identity, deserve the right to live free from domestic violence and abuse. In 2020, he founded the LGBTQ Domestic Violence Awareness Day and has worked tirelessly to raise awareness and stamp out domestic violence in LGBTQ communities.

Ben is an operational Police Officer, on the Board of Directors for DVConnect Ltd, and volunteers as the Regional Coordinator of the Queensland Police Service LGBTI Liaison Officer Program. He became a fierce advocate for improved services for LGBTQ victims and survivors of domestic violence after he experienced abuse within a same-sex relationship and discovered a huge gap in services.

A 2016 Churchill Fellow, Ben travelled to the USA, Canada, UK and the Netherlands where he discovered best practice solutions for Police Departments to enhance the way they respond to domestic violence in LGBTQ communities and the critical need for LGBTQ inclusive support services. He has since been actively involved in advising government and non-government organisations internationally on a range of initiatives designed to improve service delivery to LGBTQ communities.

Ben is an awarded educator and campaigner. In 2020 he had the honour of being inducted into the Queensland Government Domestic & Family Violence Prevention Honour Roll.  He was also named a ‘Human Rights Hero’ by the Australian Human Rights Commission and one of Australia’s Outstanding 50 LGBTI+ Leaders by Deloitte, Google and Energy Australia. Most recently he was awarded the International Association for Chiefs of Police ’40 under 40’ Award for his commitment and leadership in improving relationships between the police and LGBTIQ communities. He has also been named as one of the top 50 most influential and inspiring LGBTI Australians by Cosmopolitan Magazine for his work in this area. 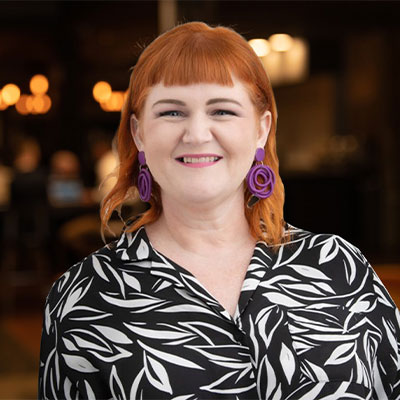 Beck is a queer feminist who is passionate about ensuring the safety of rainbow families and community. She has dedicated her professional career to social justice; championing LGBTIQ visibility through her work in adult, child and youth mental health, specialist domestic and family violence support and advocacy, women’s health, community development and child protection.

Beck is the CEO of DVConnect, Queensland’s 24/7 domestic violence crisis response service and sexual assault helpline. Her primary focus is on ensuring the safety, choices and diverse life experiences of people impacted by violence are acknowledged and respected.

From way back in the 90’s, Beck was an active campaigner for LGBTQ rights. She was the Managing Editor for BrotherSister, Queensland’s then leading independent community newspaper for lesbian, gay, bisexual and transgender identified people. In a time before the world wide web, Beck was entrusted with a significant responsibility to ensure LGBTQ people, especially those in regional areas, had an accessible way to connect with culture, art, music, politics, health information, safe services and events! 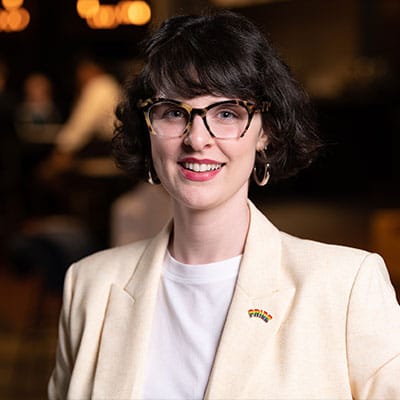 Sami cares deeply about many things. Her partner, dog, family, plants, work, and the LGBTQ+ communities she is part of and advocates for. With a career that started in the music and entertainment industry, Sami retrained to find work that aligned with her values and created opportunities to make a difference for diverse communities.

Sami currently works as the National Viral Hepatitis Program Manager for the Australasian Society for HIV, Viral Hepatitis and Sexual Health Medicine and leads workforce training and capacity building, resource development, and policy and advocacy projects in the viral hepatitis space. She is committed to increasing visibility for LGBTQ+ communities experiencing domestic and family violence. 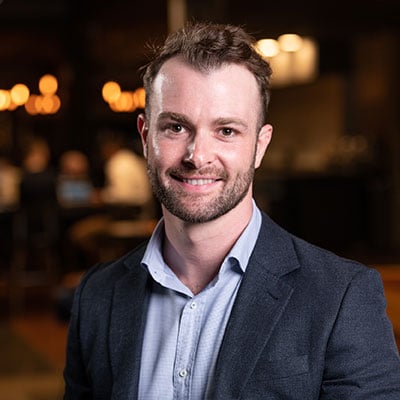 Jay Greensill is a diversity and inclusion professional with a marketing and communications background, passionate about LGBTQ inclusion and support in the workplace.

Working with PwC’s diversity, inclusion and wellness team, Jay designs and facilitates inclusive behaviour and leadership workshops both internally and with clients. Jay is an LGBTQ advocate and leader within the firm, harnessing the power of PwC’s inclusive networks to agitate for change and organisational culture. Jay works to improve the lived experiences of LGBTQ people in workplaces through mentoring and leadership development. 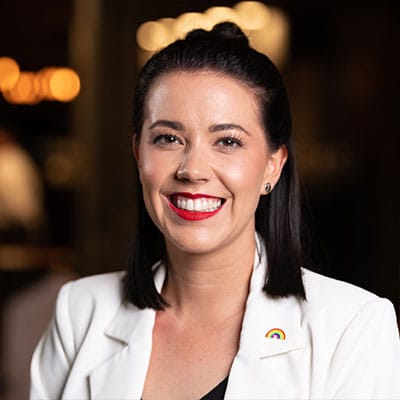 Kristen Watt is the Foundation’s in-house legal expert. By day, she is the Senior Legal Counsel for the National Heart Foundation of Australia and is passionate about the not-for-profit sector and improving public health and well-being.

Kristen is a vocal advocate for equality and LGBTQ community rights. She is passionate about ending discrimination and promoting diversity, inclusion and safety for LGBTQ people both in the workplace and in the community.

Kristen began her legal career in private practice (commercial litigation) before moving in-house within the resources sector. Whilst in the resources sector she was nominated as an Exceptional Young Woman in the Queensland Resources Sector and for the National Association of Women in Construction’s Diversity Award.

Since moving into the not-for-profit sector, she has twice been nominated as Not-for-Profit Lawyer of the Year at the national law awards. In her spare time, Kristen has spent time as a volunteer counsellor at Diverse Voices and as a mentor for Out for Australia. 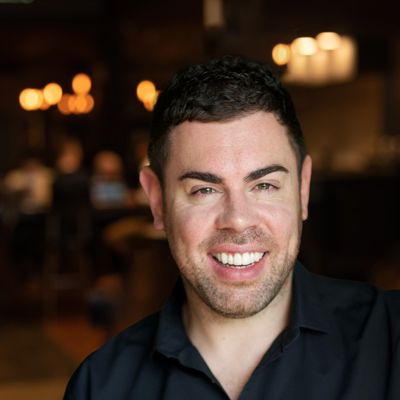 A trusted strategist within Australasian and North American markets, Luke has advised on diversity and inclusion at all levels of government.

He has spearheaded several impact ventures, and led the reshaping of traditional policy and practice within the private sector, to aid in solving some of society’s toughest social and environmental issues.

After a decade within financial services, Luke co-founded a global Indigenous procurement consultancy in 2015, and more recently has worked within some of Australia’s most remote communities to establish economic sustainability models. He currently serves in several board and advisory roles, and lecturers with the University of Sydney’s Business School. 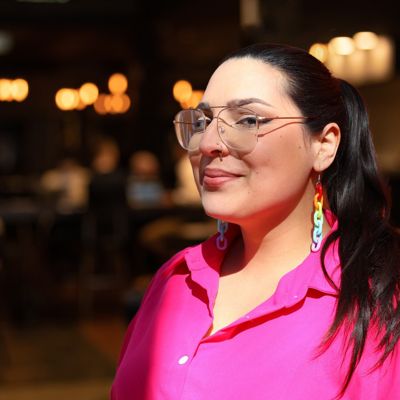 Jazmeen is a queer, woman of colour advocate who has dedicated her personal and professional life to disrupting traditional social structures and amplifying multiply marginalised LGBTQIA+ voices and perspectives within leadership, policy, and greater society.

Jazmeen has extensive experience within the community sector as a communication and digital marketing specialist, particularly within feminist organisations and the sexual violence prevention space.

Throughout her professional career, Jazmeen has collaborated with the LGBTQIA+ community to design and transform events, exhibitions, and social media campaigns to be inclusive of diverse stories and beliefs.

Jazmeen’s career path is underpinned by her rich history in leadership positions within grassroots youth-led organisations.

Jazmeen has had the opportunity to advocate for young people locally and nationally through speaking at events, facilitating workshops and sitting on advisory committees. Most recently, she sat on the Federation for Ethnic Communities Council Australia’s Youth Advisory Committee, representing queer culturally and linguistically diverse youth to inform planning and practice development.

In 2022, Jazmeen was privileged to be listed as a BCG and Out for Australia 30 under 30 winner for making tangible contributions to the LGBTQIA+ community and for success in her field. 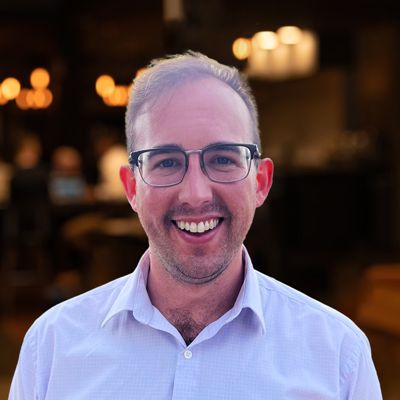 Jarrod has forged a successful career in politics, marketing, and communications, holding a Bachelor of Commerce, and has served at the highest levels of Federal Government.

Most recently he was Chief of Staff to the former Federal Minister for Indigenous Australians, and is regularly employed as a senior political campaign strategist across the country.

With a diverse career background, including professional work for non-government organisations, Jarrod utilises his skills and experience in grassroots organising, communications and stakeholder engagement to support and promote Sydney-based and national organisations advancing the interests of the LGBTQIA+ community.

Jarrod’s passionate about increasing visibility for the LGBTQIA+ community, creating the environment for important conversations to take place around issues facing our community and empowering people to be their authentic selves in their workplace, schools and community. 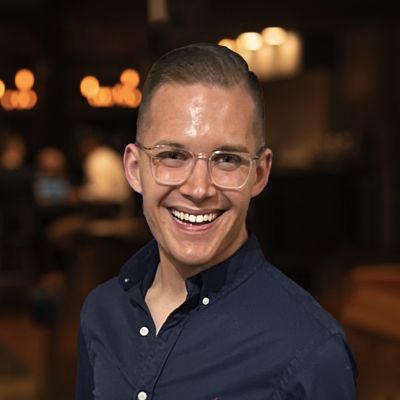 Brayden is an experienced finance and corporate management professional with a background across both the Non-Profit and For-Profit environments.

Brayden is extremely passionate about supporting for-purpose organisations, and their Directors, in developing strategies that foster commercial viability, financial longevity and strategy, holistically and ethically.

However, Brayden is even more passionate about supporting the uplift of the LGBTQ community, the communities rightful place as equals in community development, and it’s firm relationship to social progression.

Since being an early professional in Financial and Corporate services, Brayden has developed and driven successful financial strategies for organisations across a wide range of industries in managing their Government funded contracts and financial models. 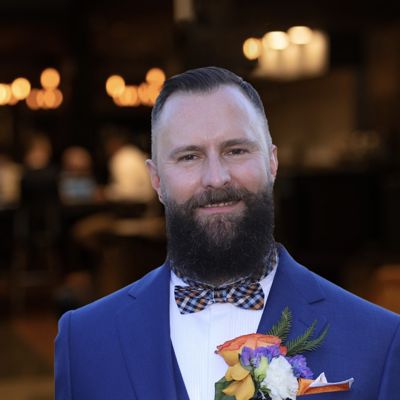 He has a Bachelor degree in sociology and anthropology, a Master in political economy, and a Graduate Certificate in business majoring in public administration.

Outside of work, Stephen is regenerating native habitat and learning permaculture in the Noosa hinterland with his husband and pet chihuahua. 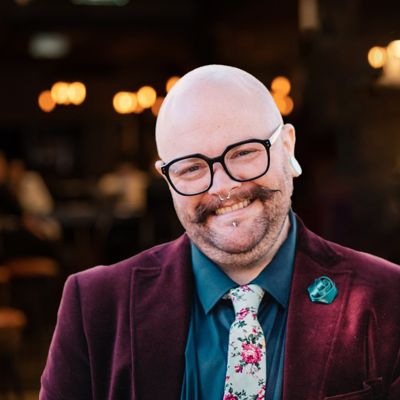 Jayke is a married trans queer man who experienced domestic violence for many years mostly while he still presented as female.

Jayke has degrees in sociology and ethics and teaches university social work with a focus on domestic violence. Jayke manages mental health and welfare programs across Sydney, and work in consultation with organisations on equitably embedding lived expertise through every aspect of services from the tender process, to organisational policy and protocols, co-design and co-delivery of services. Jayke is also a person with a neurological disease and intimately understands the challenges faces by those marginalised and the intersectional barriers to accessing support. 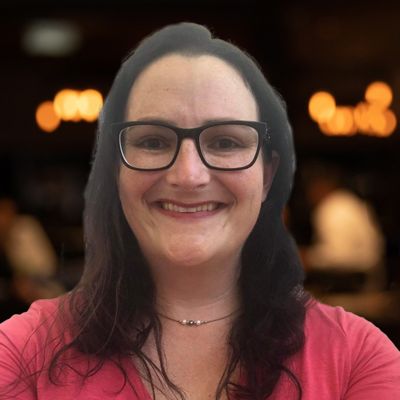 Macushla is a human resources professional who enjoys leading diverse teams and focussing on creating psychologically safe and inclusive workplaces.

Having spent the last 14 years working for various international organisations in Europe and Asia, she is very happy to have returned home to Australia to take up a role with the federal government. Macushla has always enjoyed volunteering that has a genuine impact, from not-for-profit start-ups to sporting clubs. As a proud LGBTQIA+ ally and member of her employer’s Pride Network, Macushla is keen to contribute to the Foundation’s mission.

How You Can Help 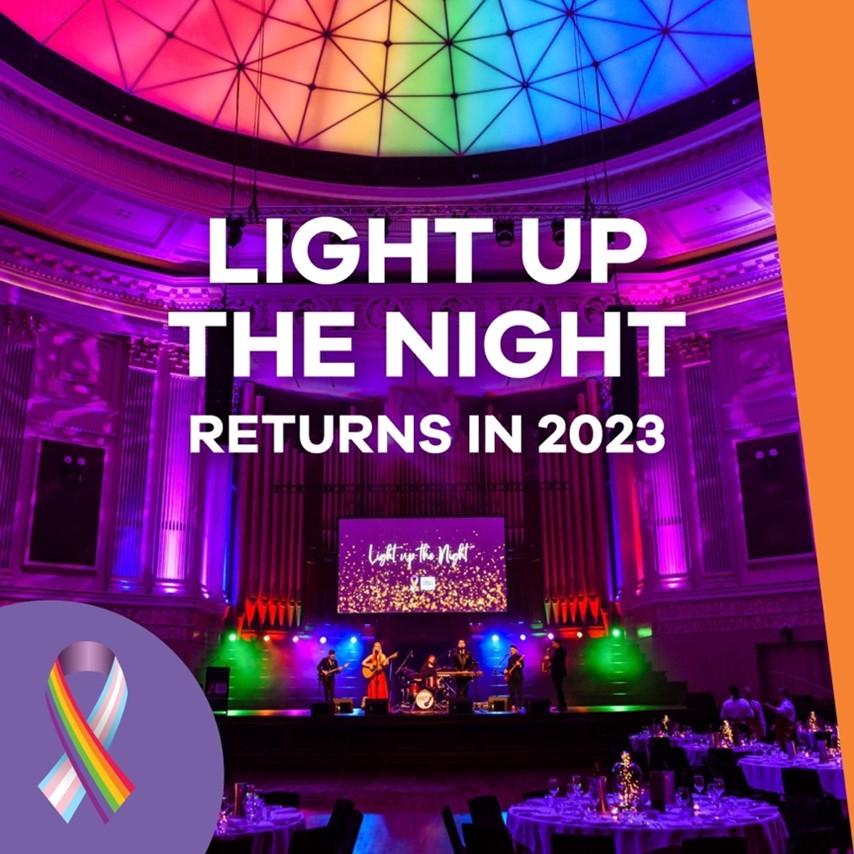